Prescription drug abuse has become a major talking point across the world today. But not on TV drug ads!  The biggest reason is simply that prescription drugs are common in today’s society.

There aren’t many places around the world today that allow prescription drugs ads to be marketed and advertised on television as they do in the US; however, there are still countries that do drug ads.  In America, medications can be seen on television being marketed and having celebrities endorse these drugs.

However, they are doing so because they want to help those who need to use them. Ironically though, prescription drug abuse can come from using the very medications they advertise.

Of course, many TV marketing campaigns say the drugs must be used correctly, otherwise, it may lead to prescription drug abuse.  That said, many don’t take notice of these warnings. It’s true: many people don’t even listen to what’s being said on television and just go to the doctor and get the pills.

But anyone who mistreats or uses medications incorrectly will find they are at the biggest risk of being addicted to the drugs. It doesn’t matter who you are – addiction can happen if you misuse drugs in any way. 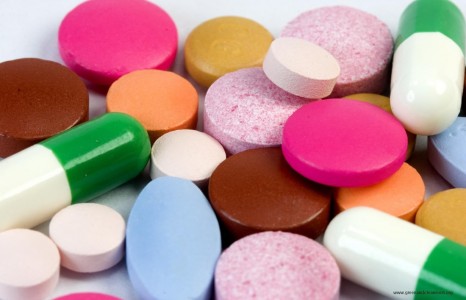 Millions of things are marketed and advertised on television, and while most people use them sensibly, some won’t.  Impulse buying is a real problem with drugs.

There are many people who see something and just have to have it – and that includes prescription drugs. This can cause prescription drug abuse even when you’re getting drugs from the doctor.

So, when you are watching television and you see a drug, you need to be very careful about what it is and how it should be used to treat the illness or condition it is being prescribed for.

You might not realize it, but the drugs you get from the doctor are still dangerous. It doesn’t matter if you need drugs to help you sleep at night or for chronic pain – any drug, even ones given by the doctor, can cause prescription drug abuse.

It’s that simple – and that serious. And you probably don’t realize the true dangers of having these drugs.

If you misuse them or don’t take them as they should, you could find yourself addicted to these and even when they’re being advertised on television drug ads that may have given you a false impression they may be safer.

That is why it’s very dangerous to just take the advice from television ads, talk to your doctor.

You never truly know how you’re going to react when you take a drug, even prescription ones. Sometimes, you will take a course of medication and you’re all better and you never take the drug again.

However, there may also come a time when you take a prescription drug and find you misuse them or need them more and more.  Excessive use could lead to addiction problems.  You must be a careful TV viewer, to avoid prescription drug abuse.